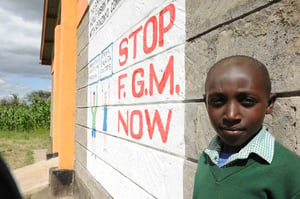 Today is the International Day of Zero Tolerance for Female Genital Mutilation. Learn how we’re uniting to end this harmful practice that holds girls back from achieving their potential.

The United Nations has designated today, February 6, as the International Day of Zero Tolerance for Female Genital Mutilation (FGM). According to the UN, FGM “is recognized internationally as a violation of the human rights, the health and the integrity of girls and women.” An estimated 200 million women and girls alive today have undergone FGM.

The goal of World Vision’s child protection work is to keep every child safe from exploitation, abuse, and violence. We believe every girl and boy is a precious gift from God, and every last one deserves to be protected from whatever would keep them from fullness of life.

Simply put, harmful practices like FGM can hold girls and women back from achieving their potential. Though officially illegal in many countries, female genital mutilation is still practiced globally and is often a direct precursor to child marriage, since it symbolizes a girl’s entrance into womanhood. In the world’s least developed countries, 38% of girls under 18 are already married, and the economic impacts of COVID-19 suggest child marriage will increase further. And today, 3 million girls under the age of 15 are still at risk of female genital mutilation each year, according to UNICEF and the World Health Organization.

FGM is a deeply rooted practice impacting the health and well-being of girls around the world. To dig up these core issues, communities must be empowered to make transformative changes from within.

A little over a decade ago in the Chepareria region of West Pokot, Kenya, only a handful of girls went on to secondary school. Why would they, if most girls went through FGM between the ages of 10 to 14? FGM, child marriage, and often early pregnancy were the path laid out for them.

“In 1999, the prevalence rate of FGM was over 95% in Chepareria area of West Pokot. Today, it’s less than 10%,” said Moses Chepkonga, Kenya Big Dream program manager (2019). In just seven years, through World Vision programs in this area, 2,573 girls participated in Alternative Rites of Passage rather than undergoing FGM. 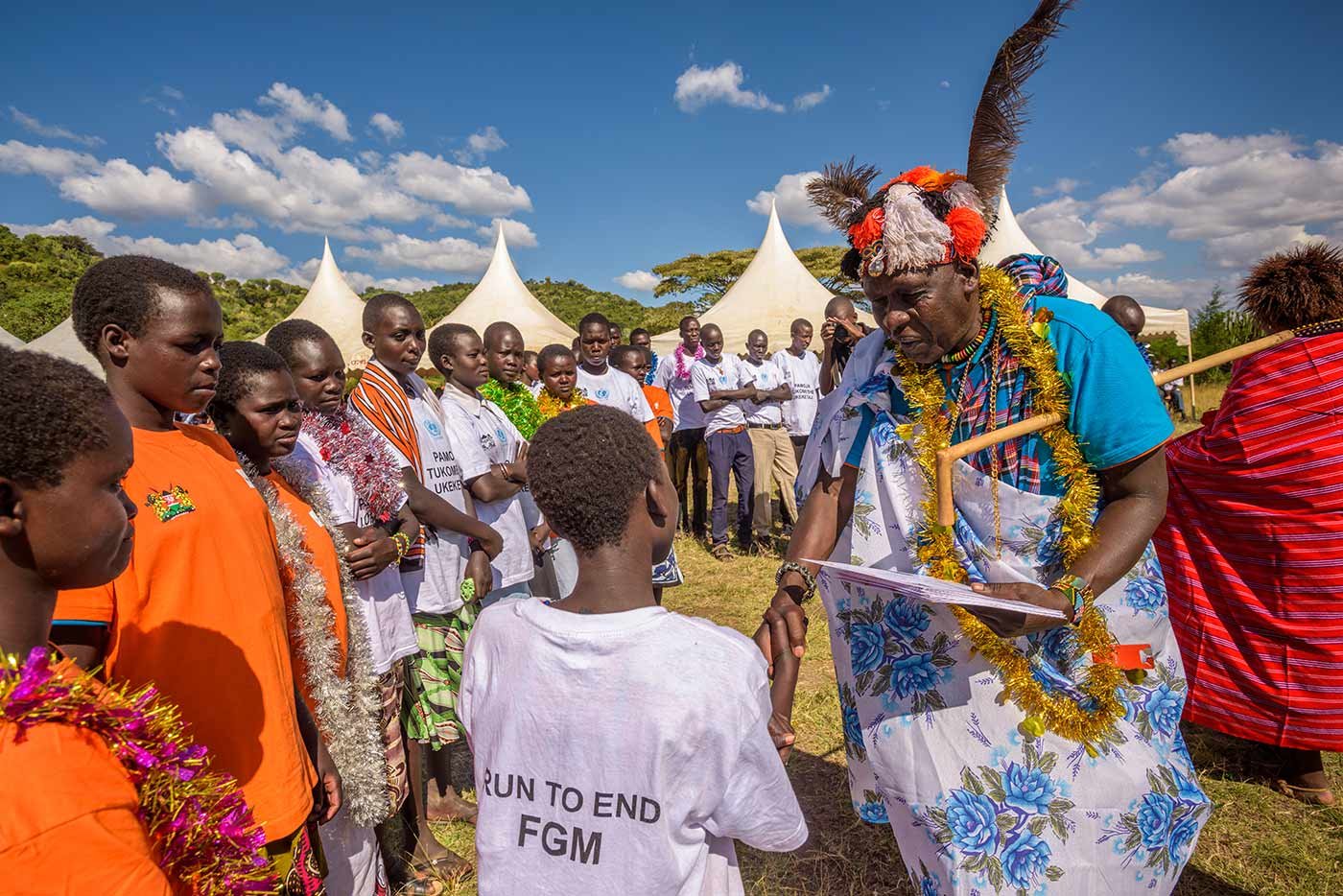 Among other successful interventions like economic empowerment for parents, Alternative Rites of Passage (ARP) ceremonies for both girls and boys help replace FGM, helping them see their worth in God’s eyes and their potential. The ARP is a week-long coming-of-age event that includes training on the harmful practices of FGM and child marriage. As well, boys learn to have more positive perceptions of girls who have not undergone FGM, opening a new path to marriage and a shift in attitudes.

As girls and boys are empowered to become agents of change in their communities, they can reframe mindsets toward seeing girls’ worth beyond child marriage.

Daicy, a 17-year-old in West Pokot’s Masol community, went through an ARP ceremony in December 2020. After the training, Daicy said, “Thanks World Vision for making me realize that as a girl I am first a child of God, a valuable member of the community and the world. Above all I am answerable to myself first and not culture. FGM has no place in the modern world; only the ARP is the way to go.”

The ARP is just one part of the Kenya Big Dream project, which aims to empower girls to know their worth by eliminating the root causes of FGM and child marriage. A hope-filled tomorrow for the girls of West Pokot, Kenya, starts with strong families and transformed communities. Our goal is for girls to be free to dream big, pursue their potential, and embrace their God-given worthiness for more.