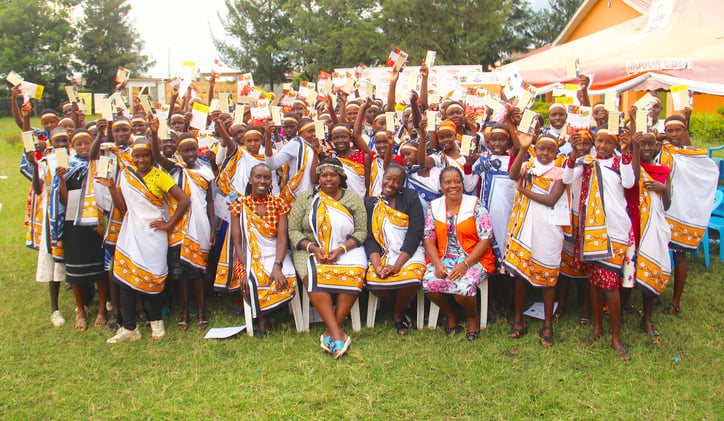 When facing a problem as widespread and culturally significant as female genital mutilation (FGM) and child marriage, what should the solution be? Enacting and upholding laws? Educating to raise awareness? Eliminating poverty, so parents have alternative income than a daughters’ bride price?

What if it simply started with changing minds?

The United Nations has designated February 6 the International Day of Zero Tolerance for Female Genital Mutilation. World Vision commemorates this day because we know there’s a better option for young girls — and whole societies — than FGM. It’s a life-altering cultural practice that has harmed an estimated 200 million women and girls alive today. And FGM is also linked to child marriage, because it’s seen as a coming-of-age rite after which girls — no matter how young — are marriageable.

Though laws and poverty elimination are vital solutions that address many issues of FGM and child marriage, at its root in some areas of Kenya is a long-standing traditional rite of passage that isn’t easily thrown aside. In our work to stop FGM and child marriage, we’ve collaborated with Kenyan communities to create the Alternative Rites of Passage (ARP) ceremonies for both girls and boys — to affirm traditional values while empowering them to lead a change in community mindsets.

FGM and child marriage are deeply rooted issues in rural Kenya for multiple reasons, which is why we take a holistic approach in the Kenya Big Dream project. The ARP is one way that change can start from the ground up, as girls and boys learn new ways to think about education, tradition, marriage, and their futures. The ARP has four pillars:

Along with training sessions for girls and boys about the dangers of FGM and the value of education, the ARP culminates in a community ceremony to affirm traditional coming-of-age rituals. But instead of centering on a life-altering procedure, the ARP celebrates the life-giving future that girls can pursue when they’re empowered and educated.

As they understand their potential and worth in God's eyes, both girls and boys glimpse how they can contribute to transforming their society into a place where all of God’s children can flourish. Where traditional values aren’t thrown out, but are adapted to honor girls’ inherent dignity.

Watch three Kenyan girls describe the path they’d been put on by their families and society — and see where they are today, thanks to the Kenya Big Dream.

Today, we know the widespread global hunger crisis — a result of conflict, the ongoing impact of the pandemic, rising costs, and extreme weather — will only make eliminating child marriage and FGM harder. As parents lose their livelihoods and struggle to feed their families, marrying off a daughter for a bride price can make the difference between dinner on the table and sending the children to bed hungry. It’s a desperate choice.

But communities that are empowered to dream about the future differently know they have other choices. When parents have diversified income sources — another key element of the Kenya Big Dream project — they can prioritize keeping their daughters in school or delaying marriage. And when girls know they’re worthy of more than child marriage, they can speak up against FGM for themselves and their peers.

Dream with us of a future where girls are educated, they get a say in their marriage, and FGM is no longer seen as a cultural asset. Together, we can empower Kenyan girls to know they’re worthy by supporting the ARP ceremonies through the Kenya Big Dream project.