My brother Sabbir and I were staying on the street of a transportation terminal and watching out for passengers carrying heavy bags, rushing to offer them porter service - carrying people’s packages and bags for money. We could hardly earn 80 taka ($1), working about 13 hours a day,” says Babu Matubbar, 12. Babu and Sabbir, 9, live with their single mother and 10-year-old sister Sumaiya in a desperate situation in Mongla, the largest seaport of southwest Bangladesh. Both the boys have been hurt doing their jobs.

Their father abandoned the family seven years ago. The children’s mother, Bilkis Begum, 41, was very vulnerable as a single mom. “I could never look after my children, as they stayed the whole day across the river, did not return home and slept on the busses. I never knew what food they ate, how much time they had to rest or play or sleep,” says Bilkis. Sleeping on the buses was dangerous. Men break in, rob, hurt or even molest them. Babu explains, “While sleeping on a bus, once I met a ghost [a man] who approached to me and grabbed my neck. Wrestling for a minute, I escaped.”

To raise her children, Bilkis spent 15-hour days traveling to nearby tourist destinations to sell boiled eggs. Life was challenging, but the hardest part for the kids was feeling like they didn’t have a family. None of the children attended school. Babu had dropped out and his siblings were never enrolled. Sumaiya also helped earn money for the family by helping the boys gather trash, which they sold. With any extra time, she worked as a housemaid in a neighbor’s home taking her farther from the dream of going to school. The children had no time to play or spend time with any friends.

When World Vision started gathering child-laborers into it’s Child Friendly Learning and Recreation Center (CFLRC), Babu and Sabbir were chosen. “It was a tough decision for me to have Babu and Sabbir stop working and enroll them in World Vision’s CFLRC,” says Bilkis. The brothers and eight of their peers were withdrawn from their hazardous work and received life skills training at the CFLRC. The life skills training taught them self-confidence, decision making and communication skills. This training helped them learn to take responsibility and manage their lives.

Most important, they learned that schooling was their top priority and their right to enjoy. At the CFLRC, they received catch-up education which prepared them for enrollment in a formal school. World Vision provided school supplies, uniforms and school fees. Bilkis and other parents received positive parent training. To compensate for her sons’ earnings, World Vision’s Jiboner Jannya Project provided Bilkis commodity items to set up a grocery store and earn a living. (Bilkis’ Store)

“I am so happy that both my boys, Babu and Sabbir, are withdrawn from hazardous work and enrolled in formal schools,” Bilkis exclaims with joy. She continues, “Sumaiya is no more working as a housemaid, rather she is helping me run the grocery store while I go away for shopping or cooking.” Bilkis runs the grocery store from home seven days a week, earning about 500 taka ($6.25) from her daily sales. (Selling to a Neighbor) Through wise investing, she’s grown from 9 grocery items to 30. The family has enough food to eat and the children get sufficient rest at night. The children dream of becoming responsible people and plan to look after their mom. Hopefully, Sumaiya will be the next to attend school. For now, their greatest happiness is feeling like they are a family again. 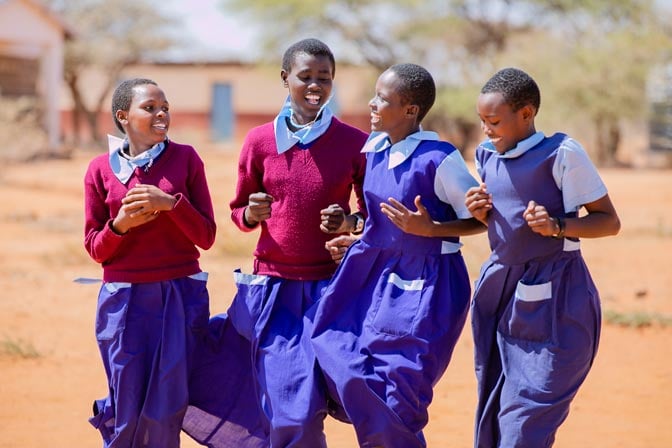