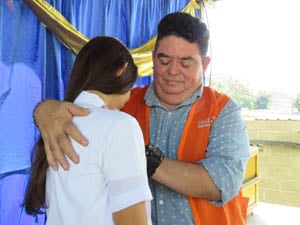 Karla, 14, and her father, Pastor Pedro, live in La Palmas, Honduras. Together they are making a difference in the lives of children in their neighborhood. “I’m part of the youth club [called] ‘Building friendships.’ This club is supported by the World Vision project, Fostering Hope at Home, where we work with children and teenagers on topics that will change their lives,” says Karla. “Due to the lack of a strong income, many parents spend most of their time working, leaving their children by themselves at home. This makes them an easy prey for gangs that unfortunately rule the neighborhood,” she says.

Following her father’s steps, Karla became a leader in her community. Through World Vision’s project, she was trained in leadership, children's rights, family values and self-esteem, as well as how to invite other youth and children to be part of the club. She wanted the youth to have better opportunities and learn about God, just as her father taught on Sundays.

Unfortunately, Karla and Pedro’s relationship was not that strong, since Pedro spent most of his time working at church. He didn’t take time to talk to Karla or recognize she was making a big change in their community. Karla admired her father but couldn’t find a way to talk to him, having the same communication issues the youth she trained had with their parents.

One day Pedro was invited to a World Vision Christian Discipleship project called Raising with Tenderness, where participants learn how to listen to their children with love, identify any issues they might be going through and change the situation. “During that training, I understood what my daughter was trying to do for the first time. I wanted to tell her how much I love her and how I was going to support her,” he says.

At the training, Pedro witnessed a play in which a father talks with his son with love and care. Suddenly the son shows his arms, which are cut and injured, to his father, who begins to cry and hug his son. The son reached out to his father for love and confessed he had tried to commit suicide. Everyone watching was in shock. “That day I came back home and hugged Karla. While I was crying, I told her how much I loved her and how we were going to support and reach other youth in the community. I [asked] her for forgiveness for not paying attention to her and for leaving her alone when she needed me,” he says, looking down and trying not to cry.

Because of this training, Pedro and Karla now are working together to change the lives of many children in the neighborhood. Seventy children are part of the youth club and more than thirty parents are assisting at church to learn about the Raising with Tenderness methodology taught by Pedro. “Thanks to World Vision, we are rescuing many youth who were part of gangs. Hopefully soon our neighborhood will be an example to others,” says Pedro while hugging Karla. 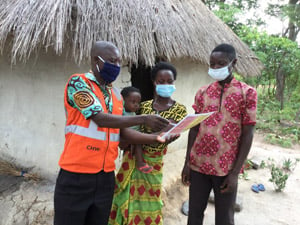 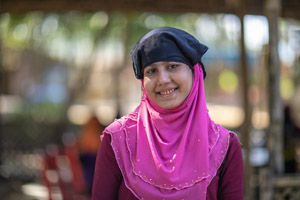 FGM Has No Place In The Modern World