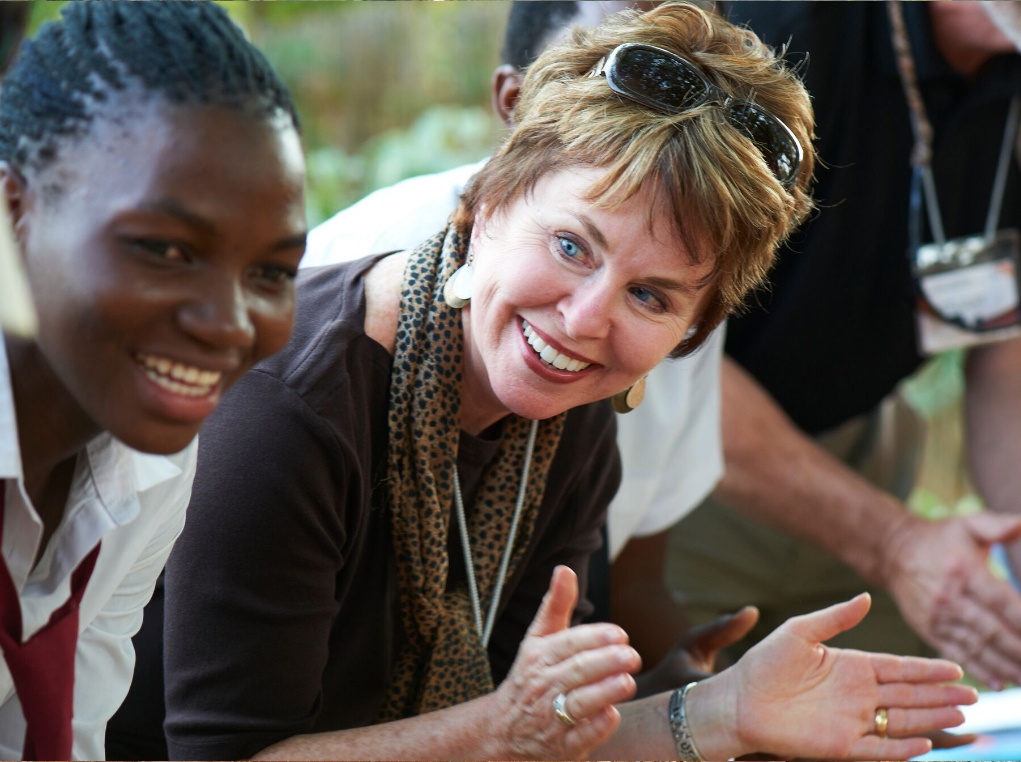 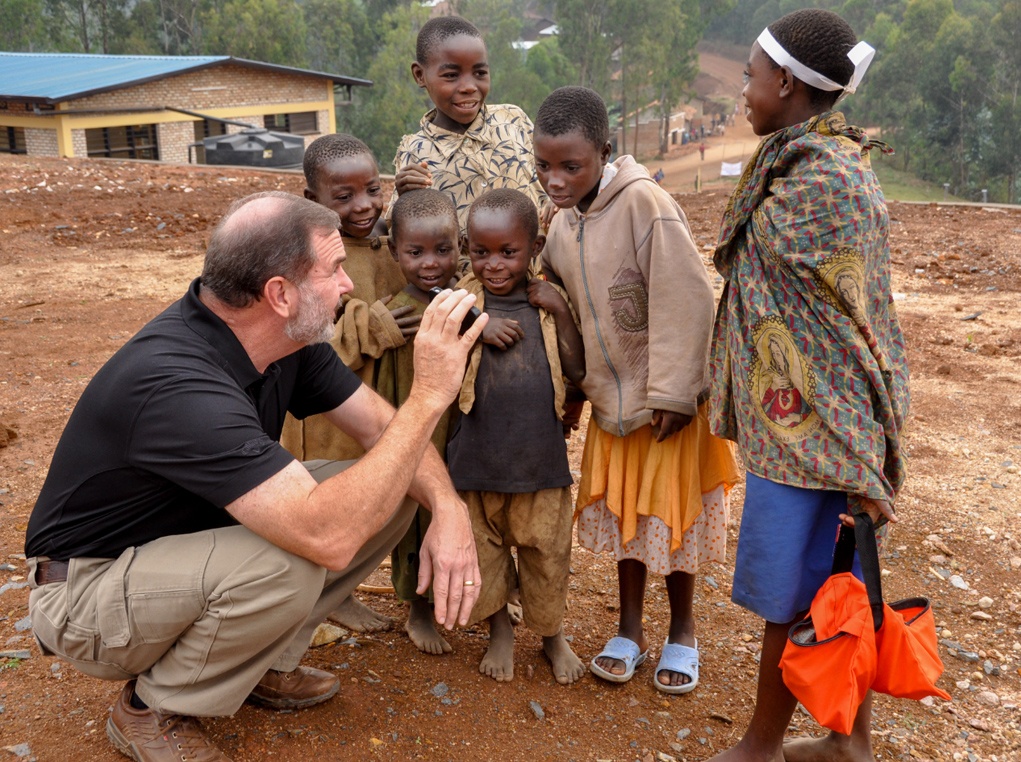 In 2010, when rereading The Hole in Our Gospel while spending time at Moriah Ranch, his family’s 14,000-acre vacation getaway in Wyoming, Stu Phillips heard God ask him what possession he valued most. Looking at his surroundings, he instantly knew the answer — Moriah Ranch.

Empowering people to care for themselves and advocating on behalf of the vulnerable have been lifelong passions for Robin and Stu Phillips. They describe the blessings God has provided them as numerous, extraordinarily powerful, and, as they have discovered, requiring obedience.

“God had gone out of his way to make it clear from the beginning of our business that he was the one who was enabling us to proceed, grow, and thrive,” said Stu, 65. “So because of his intervention early on and his engagement after that, he had prepared us for the time when he was going to ask for those resources to be used in a different way. He’s an amazing God.”

Now, God was calling them to sell their most prized possession to become more actively involved in what they believe is the greatest systemic social issue of our time — extreme poverty.

“As a businessperson, you tend to approach things analytically, as an intellectual process,” Stu said. “God isn’t impressed with your intellect. He breaks your heart. From there, he uses the strengths you have to fulfill his purposes. And God made it clear he wanted me to use the resources he had provided.”

At first, Stu and Robin questioned the validity of the call. They tried negotiating with God, reasoning — among other things — that the ranch was a legacy for their sons, but none of the excuses offered any comfort.

“We only had [Moriah] because he had provided the resources,” Stu said. “So, if God wanted it for his purposes now, it is our responsibility to provide it.”

Recognizing that the ranch was God’s possession, Robin and Stu sold Moriah, which means chosen by God, to the State of Wyoming in April 2012. They dedicated the total of their proceeds from the ranch, including the original purchase price, to eliminating extreme poverty.

“We’re ordinary people who are being obedient to what God has asked us to do,” said Robin, 64. “People talk about our gift as sacrificial. And in some sense, it was sacrificial because it involved taking something away from our children that we had implied to them would be theirs when we were gone. That part was difficult.”

However, over the following years, they’ve watched God work in mysterious ways to honor their obedience — both in their lives and in the lives of people who have heard their story.

Start with the foundation of prayer. Do your research. Ask God for guidance. And if called to this work, contribute in every way you can: time, talent, and treasure. But when conflict arises between your analysis and the heart God calls you to apply, always go with your heart.

We’re ordinary people who are being obedient to what God has asked us to do.

“Recently, we met a Rwandan woman farmer at a project site we had funded,” Robin said. “She told us that in the past, she had not been able to feed her children a meal every day or pay school fees among other challenges. But then she told us about participating in World Vision’s economic empowerment work. She said, 'I thank God, World Vision, and this project because with what I have been taught, and what I know now, I am not in poverty anymore, … and I will never go back!’ That mother is now an empowered woman who is fulfilling her God-given role as her children’s mother with knowledge, confidence, and joy. We saw the faces of children Moriah’s proceeds had helped. For us, it doesn’t get any better than that.”

A deeply personal moment for them occurred while visiting Tanzania to see the impact of their transformational investment. Robin and Stu found places where they looked around and if they didn’t know better, they would have thought they were back at Moriah.

“One of the first times we were in Tanzania,” Robin said, “we’re literally on a different continent, but there are certain places that when we saw them, we just looked at each other and smiled. It’s surprisingly so like Wyoming! It feels to us, that Moriah Ranch is in some strange way here in Tanzania. To us, it was a unique confirmation from God.”

It was another gift from God — from the aromatic vegetation that reminded them of sage to the similarity between elk and kudu. No one but them at the time understood the significance of what they were seeing.

“Those are grace gifts only God can provide,” Stu said, explaining that God’s economy is far different than ours. “Nobody puts that on a spreadsheet.”

And then they saw the faces of the children Moriah’s proceeds were helping. 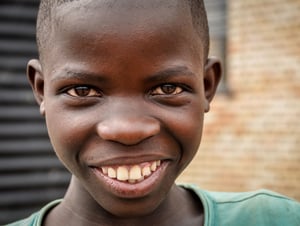 "We have seen the faces of children whose lives have been changed through hard work and the proceeds from the sale of the ranch,” Stu said. “[God] asked me to surrender something great in order to receive something greater. He wanted to remind me that there is no vista, no place, no possession more beautiful than the face of a child.”

When one of their sons later traveled with them to Rwanda, Robin remembers he said, “I finally get it. I know why you wanted to do this. I thought my legacy was always going to be the ranch. But now I see that the children of Africa and these people, this is the legacy for our family.”

“For me, World Vision and seeking to eliminate extreme poverty was a calling,” Stu said. “When that happens, you’re confronted with a fundamental decision. Are you going to listen and obey God, try to ignore him, or try to substitute your own plan? Ignoring God is like all our sins; it limits what God can do in us and through us. As to our plans versus God’s plans, God’s plans are always better. Fundamentally, there is no greater purpose, no greater honor, and no greater joy than to know that God is actively using you to fulfill his purposes.”

Their investment of time and treasure toward World Vision’s economic empowerment work has supported the development and expansion of THRIVE — Transforming Household Resilience in Vulnerable Environments — a program that focuses on family-level change and is proven to dramatically increase household incomes, resulting in stronger and more self-sufficient families.

“The potential scale of your impact isn’t regional. It’s not even national. It’s global,” Stu said. “When, as a donor, you’re looking at return on investment and social impact, scalability is one of the things you have to consider. World Vision is the premier Christian organization serving the poor, and it is unique in its willingness to not only use our financial assets but our time and our talent as active partners in the process.”

One aspect of THRIVE that Robin and Stu are particularly excited about is the foundation of a biblically empowered worldview, based on the understanding that each person is created in the image of a loving and redeeming God, is accountable for their actions, and has the power to shape their own future. That is the first and most critical transformational step in eliminating extreme poverty.

“God doesn’t ever ask us to give more than we can give or to give something we don’t have,” Stu said. “Because we’ve been blessed the way we have, we have greater responsibility to demonstrate our appreciation for the blessings he’s shown us.” 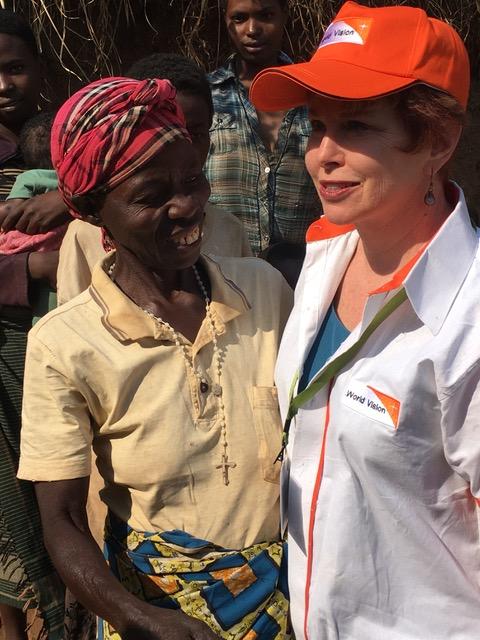 Robin and Stu's story is the fourth of five stories about some of our major donor partners. Click below to read other stories. Read about how their contributions are helping to end extreme poverty.