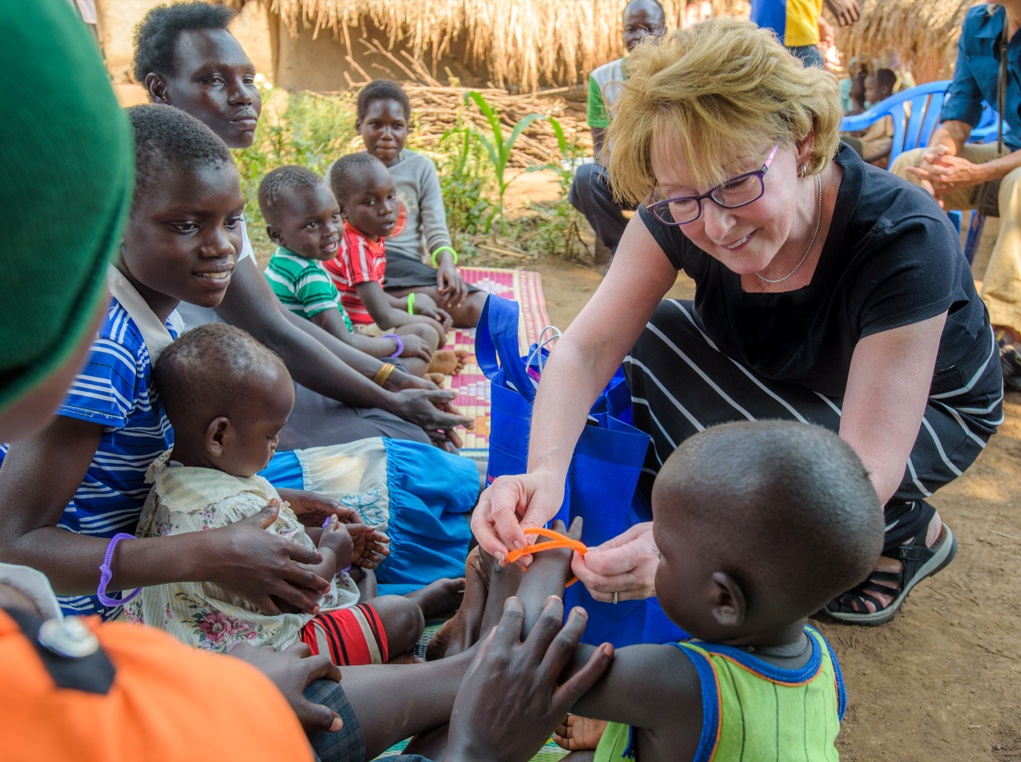 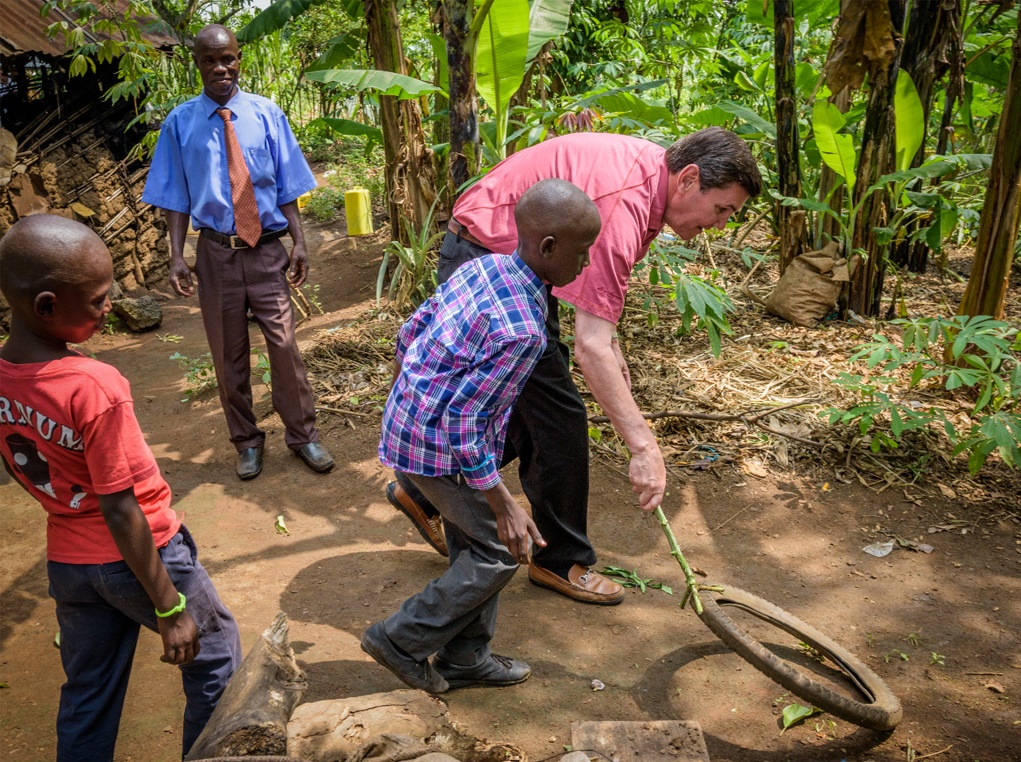 Laura and Robert Abernathy had no idea what God had in store for them when their neighborhood Bible study read The Hole in Our Gospel by World Vision U.S. President Emeritus Rich Stearns. A little more than five years later, as they reflect on that time, Laura, 61, said, “It really touched our hearts. Both Robert and I have been Christians since we were children and been involved in mission projects, mission programs, our churches, and other organizations. But we were convicted that we were not really touching the least of these.”

Within six months of that deep conviction from the Holy Spirit, Laura and Robert joined World Vision’s National Leadership Council — a core group of passionate and influential World Vision donor partners — and made their first transformational philanthropic gift to World Vision.

“We were all-in,” said Robert, 63, a former senior vice president at Kimberly-Clark and most recently the retired CEO of Halyard Health Inc.

In their excitement, Laura and Robert told their adult children, Elizabeth and James, about World Vision and its child sponsorship programs. They were surprised to find out that both of them had sponsored children already.

But that transition to becoming all-in came with due diligence.

“We’ve seen a lot of organizations have bold visions,” Robert said. “And then when you dig a little deeper, they’re under-resourced, or they can’t get the job done.”

What were they looking for? A Christian-based organization.

“Our giving is all about faith,” Laura said. “It’s not ours to begin with. Robert’s been blessed. We’ve been blessed.”

Robert said they clearly saw World Vision was Christian-based from the start.

“You don’t have to read much further than the first 10 lines of The Hole in Our Gospel to know,” Robert said. “You see it in the people you meet, the staff members. It’s written into the mission and vision of the organization.”

Next came a closer look at World Vision’s finances to make sure they felt good about how their investment would be utilized.

“I wanted to know how much money actually gets to the poor,” Robert said. “I’ve seen organizations where less than 20 percent gets to where it’s supposed to go. And I’ve seen organizations that say they give 96 percent, and then you dig through it, and it’s really more like 46 percent; they count the money funny.”

In 2017, 85 percent of World Vision's total operating expenses were used for programs that benefit children, families, and communities in need. Then World Vision multiplies the impact of every $1 donated into $1.30 on average.

“Once you really get into World Vision and understand it at a deeper level, you start to understand the multiplying effect,” Robert said. “World Vision is able to take your gift and then leverage it with corporations, foundations, and government grants. They really can multiply your gift many times, and not many organizations are able to do that. You don’t feel like what you give is just a one-time investment. It feels bigger.”

Laura added, “We are told not to bury our talents, but to multiply them.”

Lastly, they looked for the ability to get results using winning strategies. World Vision’s proven, community-based health approaches aimed at the first 1,000 days of life feature basic health interventions for mothers and babies, including a sharp focus on nutrition (the 7-11 model) and the delivery of timed and targeted counseling and education through local volunteer community health workers who are trained and supported by World Vision.

It never says in the Bible to care for the least of these only if you get a good return on your investment, but you do want to know that your money is being utilized in the most efficient way possible to help the least of these. And World Vision does that. 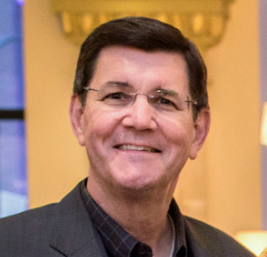 I visited several health clinics that were without electricity. And then I was able to go back three years later and see the difference — see a facility with clean water, electricity, and solar power. 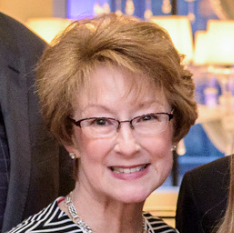 Over the last five years, 89 percent of the severely malnourished children World Vision treated made a full recovery — far above the industry standard of 75 percent or greater. In addition, World Vision supports one of the largest community health worker networks in the world, with more than 220,000 in over 48 countries who can reach 66 million people. They are trusted by the community and are able to reach even remote villages, delivering front-line care cost-effectively.

“When we decided to give [to World Vision], we knew of terrible, terrible situations that were in desperate need of help,” Laura said. “So, there was no need to wait.”

Over the span of Robert’s corporate career, their family moved 17 times, at one point living overseas in Australia. Robert has traveled to more than 130 countries and with each trip has brought back stories of desperate situations to his family.

To see World Vision’s work in action, Laura and Robert have traveled to Zambia and Uganda.

“You see the quality of the World Vision staff in country and the number of community volunteers who are supporting that. You come away saying, ‘I can see change happening — not continent by continent all at once, but community by community over time.’”

“They’re so interrelated,” Laura said. “I visited several health clinics that were without electricity. And then I was able to go back three years later and see the difference — see a facility with clean water, electricity, and solar power.

“One nurse midwife — instead of being on-call 24 hours a day, seven days a week — has a staff and can actually sleep at night on occasion. Then to hear how malaria rates have gone down to almost zero. HIV and AIDS have been greatly reduced. To hear those very distinct measurements, it wasn’t just looking better; it was measurably better.”

Since Robert’s retirement mid-2017, Laura said they “have the time to do more and want to do more.”

“You don’t increase your commitment if you’re dissatisfied,” Robert said.

And they’re thankful for the partnership World Vision has offered to them.

“We are so fortunate that World Vision is an organization that desires to partner with donors,” Laura said. “It’s one of the few places where you can give money and be part of what your money’s doing.” 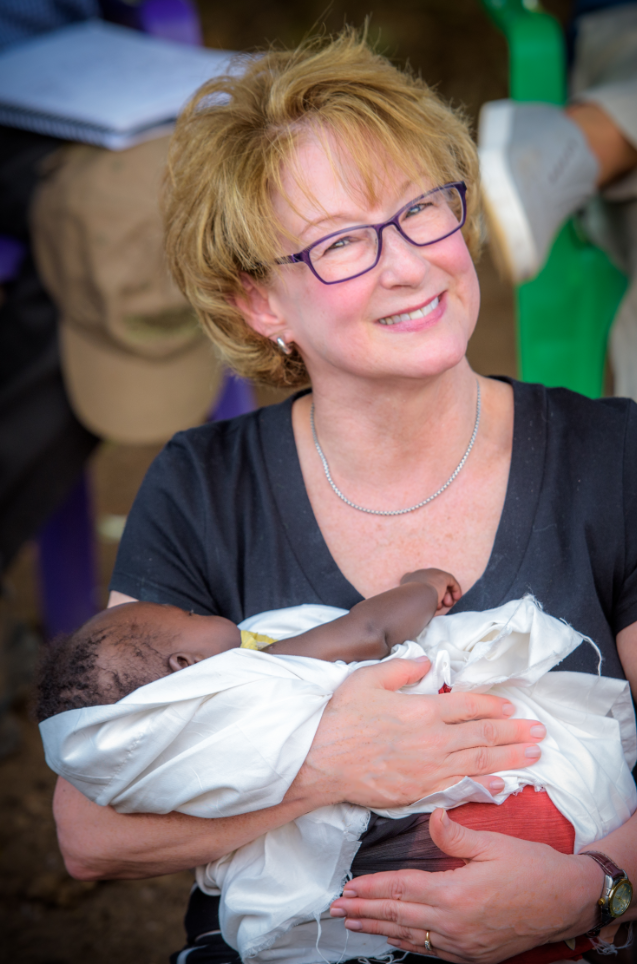 Laura and Robert's story is the second of five stories about some of our major donor partners. You can explore the other stories below. Read about how their contributions are helping to end extreme poverty.