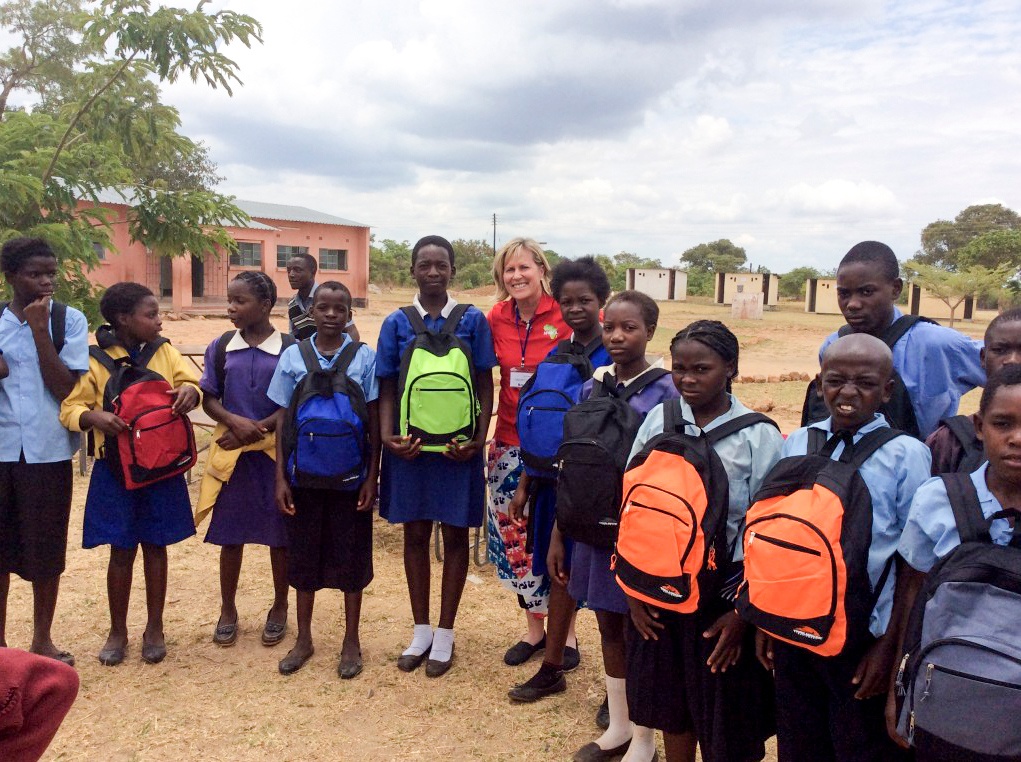 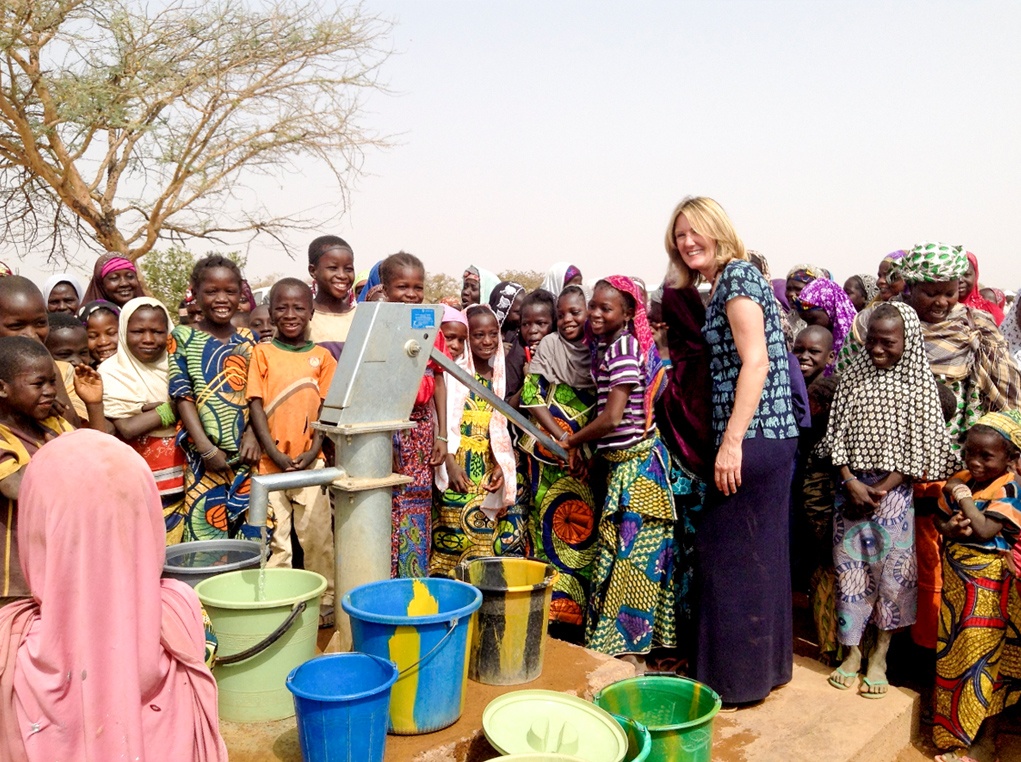 Professional golf is a male-dominated sport, and for World Golf and LPGA hall-of-famer Betsy King, she can point to golf as the source of the only discrimination she has ever experienced. Growing up, she wasn’t allowed to play on the boys’ golf team. Then as a professional golfer, the money she made was only a fraction of what the men made for equal work.

Recognizing that her financial situation is much different from other women around the world, 62-year-old Betsy said, “I can understand the discrimination women experience. So it’s very important to me to help eliminate it.”

Based on this conviction, Betsy’s retirement from the LPGA tour was anything but a retirement. In August 2005, after 28 successful years and 34 tournament wins, including six major championships, she began a journey to create her own nonprofit, a journey culminating with a goal of raising $10 million over the next five years to help World Vision reach everyone, everywhere they work with clean drinking water by 2030.

After her first trip to Africa in 2006 with World Vision to see the impact of poverty and HIV and AIDS on women and girls, Betsy founded Golf Fore Africa in 2007 to link her passion for golf with her compassion for children. Over the next 10 years — with the help of an expanding network of advocates, volunteers, and staff — Golf Fore Africa raised more than $6 million, the majority of which has provided clean water to children and families in Africa. This work is helping to lessen the 200 million hours that women and girls spend daily walking for water for their families.

“The biggest impact I’ve seen is lives changed and livelihoods improved. Healthier children and healthier families,” Betsy said. “I’m pleased with the investment because from back when we first went in 2006 to now 2018, I’ve seen huge improvements. There’s still a lot of work to do, but I’ve seen extreme poverty getting closer to being eliminated. That’s really what we care about — impacting the lives of children.”

Walking alongside Betsy in this journey is Debbie Quesada, president and CEO of Golf Fore Africa, who traveled with Betsy on that first Africa trip to Rwanda, Kenya, Tanzania, and Zambia in 2006 and helped Betsy launch Golf Fore Africa.

“We were so impacted by what we saw,” said Debbie, 55. “We came back knowing we could do something.”

Betsy wholeheartedly agrees. She said, “We felt a responsibility. God doesn’t allow you to see something like that and then do nothing.”

Check World Vision out, but don't wait. The time is now. You won't regret it. Whatever commitment you come up with is worthwhile. It'll not only change the world but change you. 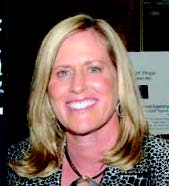 Betsy and Debbie partnered with World Vision not only because of history, but also because of our scale, scope of work, holistic approach to community development, and emphasis on stewardship.

“World Vision is best at what they do,” Betsy said, “and they have a heart for what they do.”

Since 2001, Betsy and Debbie have each taken close to 20 trips to see World Vision’s work — to see “children given the opportunity to actually be children,” Debbie said. “To enjoy life in all its fullness. To play. To learn. To not have the burden of fetching water every day.”

There’s dignity when you can provide for your family... As parents, to be able to give that to your children — it means so much. Then they start caring about their neighbors and their communities. So, it’s not a handout. It’s actually empowering them to care for the work that World Vision does. 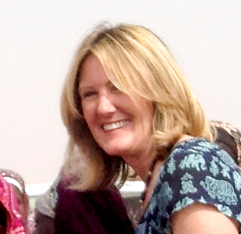 They’ve seen the impact not only on children but on families as well.

“There’s dignity when you can provide for your family. It makes you feel good about yourself as a mother or father to be able to care for your children,” Debbie said. “As parents, to be able to give that to your children — it means so much. Then they start caring about their neighbors and their communities. So, it’s not a handout. It’s actually empowering them to care for the work that World Vision does. That holistic approach allows them to care for their families in the way that every parent wants to.”

Throughout their partnership, Betsy appreciates how “World Vision is willing to be critical of themselves and evaluate their work so they can constantly improve.”

In 2015, the University of North Carolina Water Institute announced the results of an independent study examining the key factors affecting the sustainability of water sources in rural Africa. The study found the odds of other organizations’ water sources being functional decreased by an average of 2 percent each year, whereas the functionality of water sources installed by World Vision did not significantly decrease with age.

“They’re willing to listen to donors and outside consultants about how to really do the work,” Debbie said. “That study done by University of North Carolina is a great example of caring about going back and continuing to see what we can do to improve on this work.”

An identifiable water committee and evidence of charging a fee for use of the water were the main reasons associated with the continued functionality of the water points. In addition to these best practices, World Vision’s community engagement model also includes training local people as mechanics to repair pumps when they break down, contributing greatly to the longevity of World Vision-installed water points.

“We have been blessed to have committed partners who have made significant transformational investments in our work, allowing us to leverage our unparalleled worldwide reach for its highest and best use,” said Chris Glynn, senior vice president of Transformational Engagement at World Vision. “For example, their support has helped enable us to scale our clean water projects from reaching 200,000 people every year to more than 3 million annually, now reaching one new person every 10 seconds.”

Betsy called their relationship with World Vision and the progress toward reaching everyone, everywhere they work with clean water  “invigorating.”

“I love the excitement involved with the goal of bringing clean water to everyone in the world,” Betsy said.

“What World Vision does that’s really awesome is they invite people to come along with them on a journey,” Debbie said. “So, to be invited on this journey, whether it be on a Vision Trip [to see World Vision’s work] or to partner with them on a water project or an economic opportunity, you’re invited in to do something that you could never do on your own. And to be part of something that’s so big, it’s bigger than yourself. We don’t have a lot of opportunities like that in our lifetime. It’s magical to get to do something like that.” 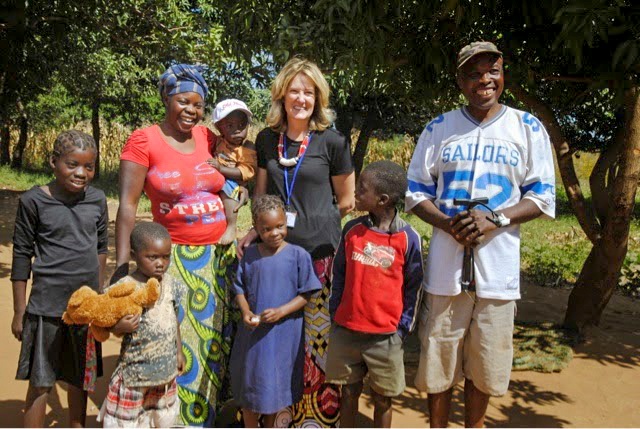 Betsy and Debbie's story is the first of five stories about some of our major donor partners. You can explore the other stories below. Read about how their contributions are helping to end extreme poverty.