Joy Scott was living in Maine during the recession in 2008 when God prompted her to relocate. A single, professional woman originally from New York, she knew what she wanted in a new city: It had to be vibrant, full of creative and active people, and affordable. Austin, Texas, fit the bill. Joy knew no one there, outside of a friend of a friend. But she felt God’s calling, so she moved.

As a professional event planner, Joy soon had a full, busy career in Austin running South by Southwest (SXSW), a company known for its popular conference and festivals that bring together tech, film, music, education, and culture. But Joy wanted deeper connections with women of faith — and a place to serve.

Joy had a heart for Africa for as long as she could remember. So when Bethany United Methodist Church held an event called Step into Africa in 2010, she went. That’s where she learned about Women of Vision. Not long afterward, Joy attended a tea to learn more about the organization. At the time, the Austin chapter was still forming and very small. But something clicked, and she joined in.

“It was a warm group of women, and that drew me in,” Joy says. “These ladies were grounded in faith and I wanted to be like them.”

Right away Joy was asked to be the events chair, and she wanted to decline. It was a busy time.

“I said, ‘I don’t think so,’ but God said, ‘You say yes — I’ve got it for you.’” So in the midst of planning a huge work event, she organized a brunch for Women of Vision. 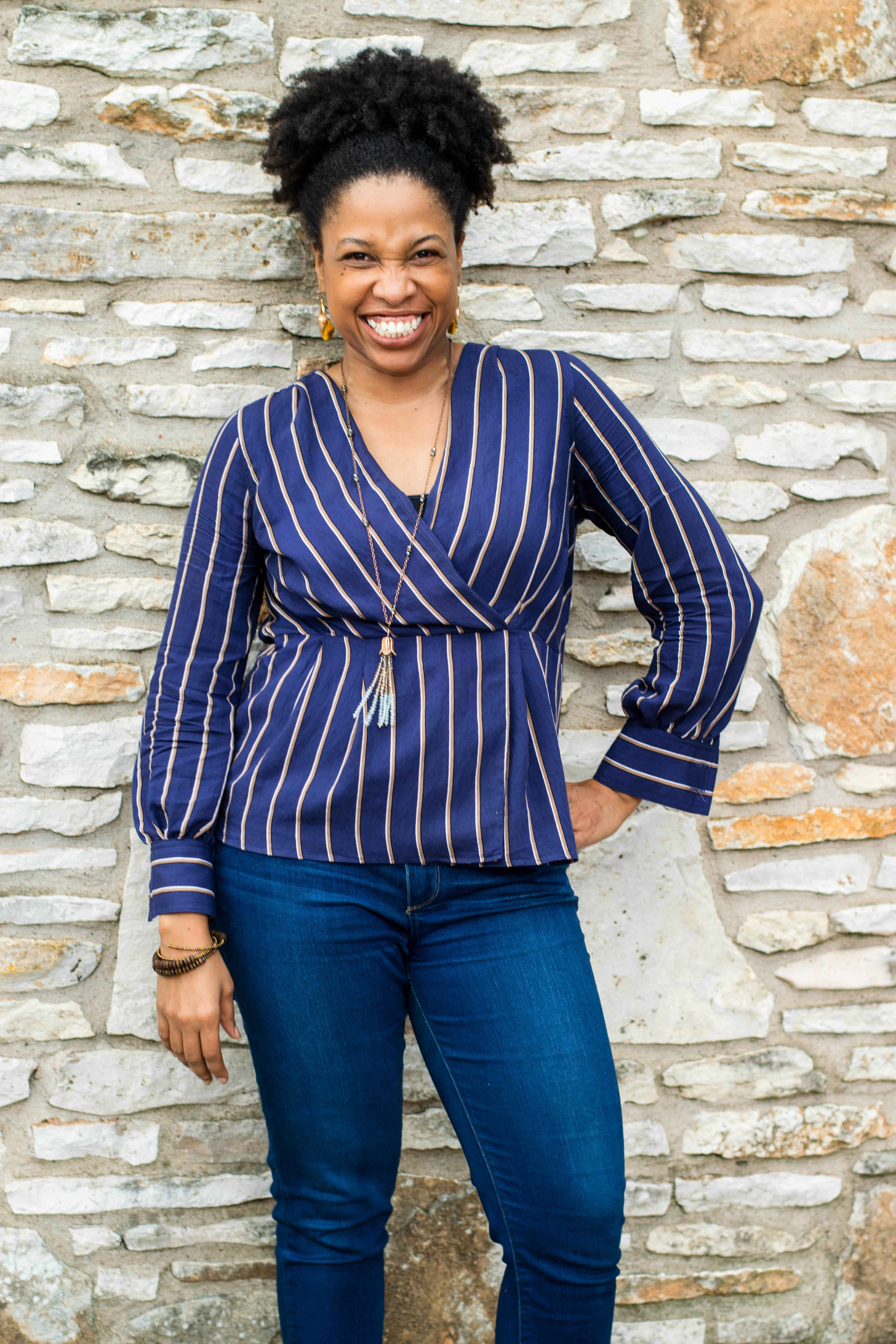 Joy was thrilled when 100 people came to the Women of Vision brunch. The event raised a lot of money for the fledgling chapter.

Joy has remained a part of the leadership team since the beginning. Currently, she has the role of events co-chair, which she manages along with her new professional role as a self-employed consultant.

In her chapter, she says, “Everyone brings their spiritual gifts and their passion. I love to love on people and plan events. What I’m doing is so easy for me, and people value it so much. No one expects you to do more than you can.” And while the group is small, Joy is amazed by the money God has enabled them to raise over the past 10 years.

The Austin chapter meets together regularly to learn about the World Vision projects they’re supporting, plan fundraisers, fast, and pray. They also hold retreats, and many of the women have traveled on Vision Trips to see the progress of the projects they support in person.

Joy appreciates knowing that her involvement in the chapter is helping communities around the globe.

“It’s the most fulfilling thing,” she says. “We’re small but mighty. I love this community of women who have become my prayer partners. I’ve never been with a group of women this long. We’ve never had drama, just love. We pray for each other and walk alongside each other. There’s always something new.”

It was a warm group of women, and that drew me in. These ladies were grounded in faith and I wanted to be like them. 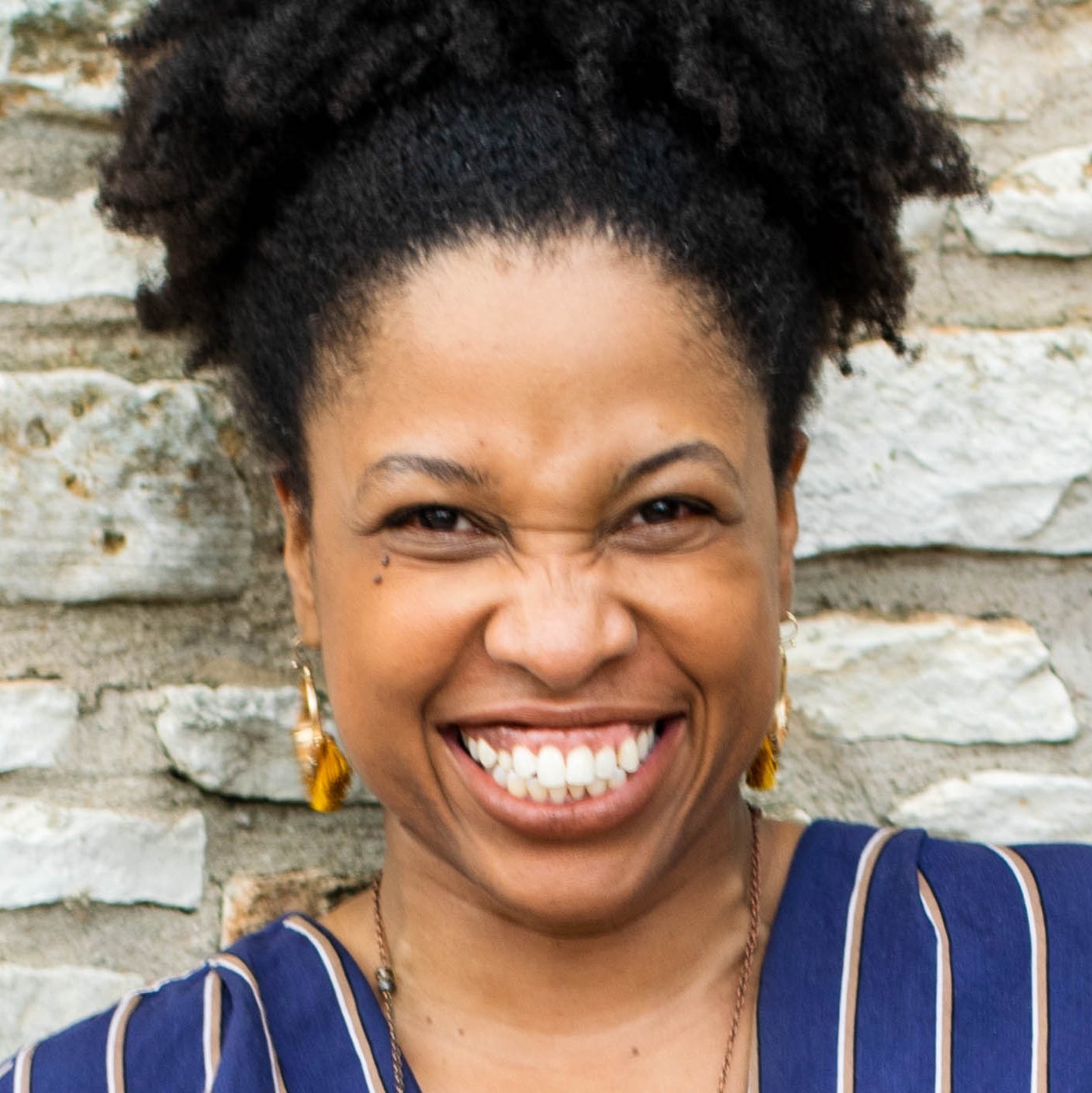 For Joy, the chapter’s first project in Matete, Kenya, will always be her first love. The work focused on water, sanitation, and hygiene (WASH) programs that help community members improve their health and their lives.

But Joy is also passionate about the other projects her chapter has taken on over the years, ranging from child protection in Bangladesh, to emergency response for Syrian refugees, to THRIVE — Transforming Household Resilience in Vulnerable Environments — which focuses on empowering families to increase their income and become self-sufficient.

“There’s not a bad project,” she says. “I love how World Vision comes alongside and empowers the community. Lifting up leaders in the community — I love that model. It’s powerful to see the transformation.”

Before joining Women of Vision, Joy’s involvement at church was minimal. But God has grown her faith and challenged her to join a church. Now she says she’s at church all the time, where she sings in choir regularly.

“Women of Vision has strengthened my faith,” she says. “We pray about everything. We fast — it opens up your mind to be present. And when we break [our] fast, it’s the best meal we’ve ever had!”

Joy unabashedly recommends Women of Vision to anyone, encouraging women to explore how they can get involved, wherever they are. “Bring what you have. Dip your toe in. Just do it,” she says. “World Vision is a good investment, because they take your little bit, and that can [help] completely transform millions of lives.”

Women of Vision has strengthened my faith.