Having grown up in Richmond, Virginia, in a loving Christian home, Catherine Armstrong has always valued her faith and desired to seek God in her life. “I love the Word of God and I try to learn more about who God is and understand His word and let it just be who I am,” she says.

After earning an undergraduate and graduate degree, Catherine moved with her husband, Jeff, to New Jersey where she worked for several years in the pharmaceutical industry. When she and Jeff relocated to Charlotte, North Carolina, Catherine chose to stay at home to raise their four children.

It was Catherine’s desire to seek God that first led her to Women of Vision. She was at a community Bible study group in Charlotte in 2004 when a woman shared about her visit to Ethiopia through Women of Vision. Inspired, Catherine signed up for a training so she could learn about the organization.

Women of Vision has been an important part of Catherine’s life ever since. Right away she was impressed with the chapter’s focus, the commitment of its members, and the work of World Vision.

"The strength of the Charlotte chapter can be attributed to the women who started it who really took the time to build it on the strong foundation of rock,” she says. “[They] had really made this Women of Vision group a priority.” 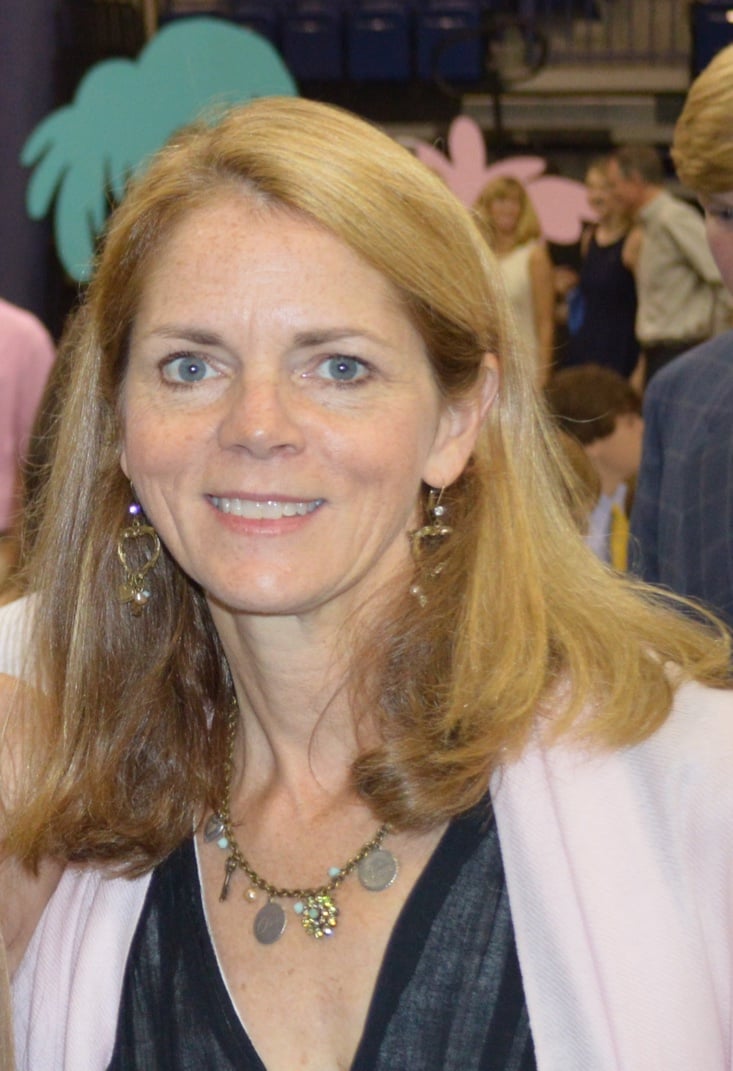 Through the years, Catherine has served in various leadership roles in her group, from co-chair of the chapter to chair of education, where she was responsible for training new members and educating the women about the projects they were investing in. Learning is a central component of the chapter’s membership.

“It’s important to have not only compassion, but also wisdom, and I think World Vision does that really well,” Catherine says.

Catherine has traveled with her Women of Vision chapter’s advocacy team several times to Washington, D.C., and met with her representative to speak up for humanitarian assistance in some of the world’s toughest places, like Lebanon and Syria, and to encourage funding for emergency aid and foreign assistance. These advocacy experiences have made an impact on her.

“I never would have felt so capable of that had it not been for the things that World Vision taught me and the opportunities they gave me,” she says.

One of these opportunities includes serving at a camp her chapter created for underprivileged girls in Appalachia. Catherine has made the seven-hour drive into the hills of West Virginia several times to volunteer as a counselor with other women from her chapter, some of whom have been involved with the camp for over 15 years. Campers get to spend several days and nights enjoying crafts and games, swimming, dressing up to eat at a nice restaurant, and learning about Jesus.

Catherine has also had the privilege of traveling internationally with Women of Vision to see their economic empowerment work up close.

“We went to parts of the Dominican Republic that were close to the border of Haiti,” she says. Many Haitians had settled in this area. It was an especially impoverished place, Catherine recalls, and she noticed that the transplanted Haitians were treated differently.

Through my work with World Vision, God has given me new eyes to see needs in Charlotte and get involved in work I would not have done otherwise. 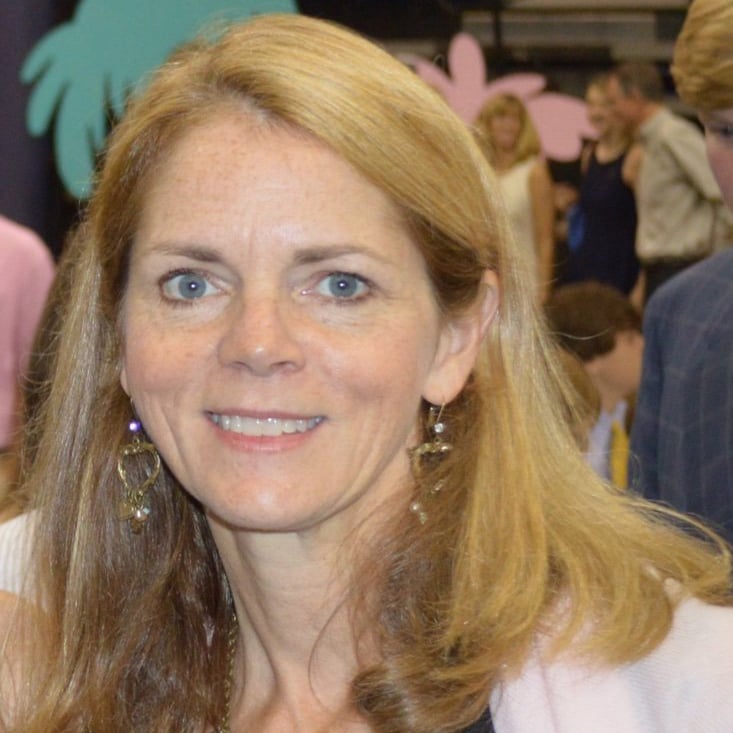 “The country saw them as second-class citizens,” she says. “But World Vision was doing amazing work with small loans and supporting small businesses.”

Catherine met one woman who packaged and sold spices in the market, and one who started her own preschool. She was impressed with the different ways these women had used the loans they received to create sustainable incomes for themselves and their families. For Catherine, it drove home the reality of how difficult it would be to climb out of poverty if you didn’t have access to capital. 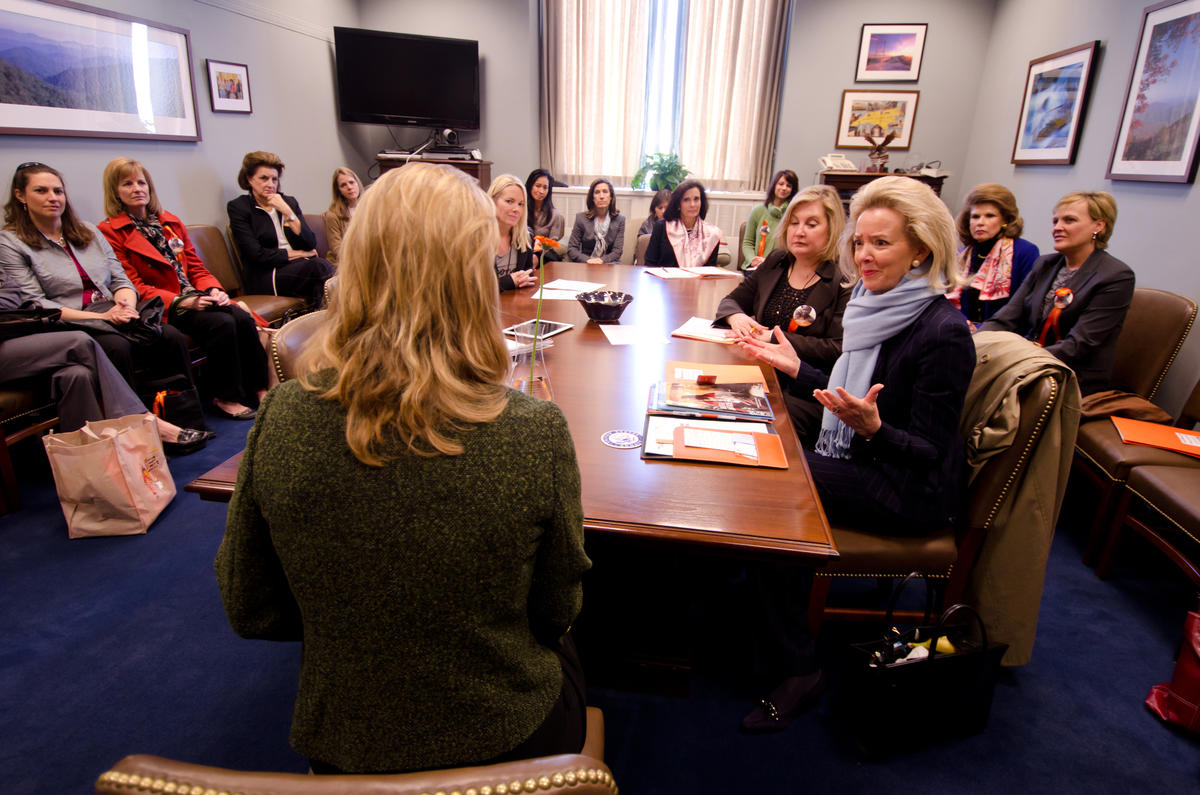 Women from Women of Vision chapters across the country gather on Capitol Hill to meet with their senators and congressional representatives as advocates for development legislation they hope to see passed.

The experience was unforgettable. “It was good — really good,” Catherine says. “Of course, you’re with these wonderful people. Some you know well; some you don’t. But you forge lifelong bonds.”

For Catherine, getting involved in World Vision’s work as a donor partner means the world. It helps her feel connected to the people she’s helping to empower.

Catherine’s experience with World Vision has also spurred her on to do good works in her own community.

“Through my work with World Vision, God has given me new eyes to see needs in Charlotte and get involved in work I would not have done otherwise,” she says. Not only does Catherine sponsor a child through World Vision, she also sponsors a Somalian refugee family living in Charlotte. Catherine’s family, along with five other local families, has walked alongside their Somalian neighbors for over a decade, helping them when needed as they navigated a new country.

Catherine and her family have mentored one of the family’s boys, Ramazani, from the time he was 4. Over the years, Catherine drove for his soccer carpool, went to his back-to-school nights, stocked him up with school supplies, and helped him stay on track in his classes. Ramazani is now 19 and flourishing. His family is still a part of Catherine’s life. For Catherine, helping Ramazani and his family was simply another way to live out her faith the way she’d learned through Women of Vision.

“My work with World Vision and Women of Vision gave me a greater understanding of the brokenness in God’s world and how He needs us to be His arms and feet and legs here on earth,” she says. “And to continue to love and understand and to come close to other people in the world who are His children, too.”

Serving others isn’t the only blessing Catherine has experienced through her involvement with Women of Vision. She says the most meaningful part has been the relationships she’s gained.

“It’s so inspiring to be around people who are motivated to do God’s work, and feel called to reach out, to be part of a master plan of caring for the poor,” she says. “It’s not only the relationships that I have with the women in Charlotte, and those are fantastic. Getting to know other women from other chapters of Women of Vision has been really special, too.” Catherine feels a bond with these women from around the country “because of this connection that we have with this meaningful work for God’s kingdom,” she says.

My work with World Vision and Women of Vision gave me a greater understanding of the brokenness in God’s world and how He needs us to be His arms and feet and legs here on earth.