Anne and her husband, Kevin, were new parents when they moved to Portland, Oregon, in 2000 so Kevin could begin a new job. The move meant leaving Washington, D.C., where Anne had worked for nearly a decade serving a member of Congress on the Appropriations Committee that funds foreign aid programs. It was the job of a lifetime for Anne. Involved at the highest level in supporting human rights, humanitarian and international aid, and religious freedom, she was in her element.

Playing a role in helping tackle global challenges is a passion of Anne’s. “I’ve always felt called to this kind of work,” she says, “which is why I loved working for a member of Congress who had a passion for those kinds of issues.”

So when she chose to become a stay-at-home mom after moving to Portland, Anne wondered if she’d be able to fulfill her calling to make a difference on an international level the way she had on Capitol Hill.

“[It’s] a wonderful city to raise children in,” she says of Portland, “but I was really not sure if I would find a place to fill that hole in me, the desire to learn about what’s going on in the world, the desire to have an impact on the world.”

It wasn’t long before she found that place. Anne was at a women’s retreat with her new church when she spotted a table of women talking about Women of Vision. She was instantly intrigued. While she wasn’t familiar with Women of Vision, Anne had learned a great deal about World Vision through her advocacy efforts in D.C. 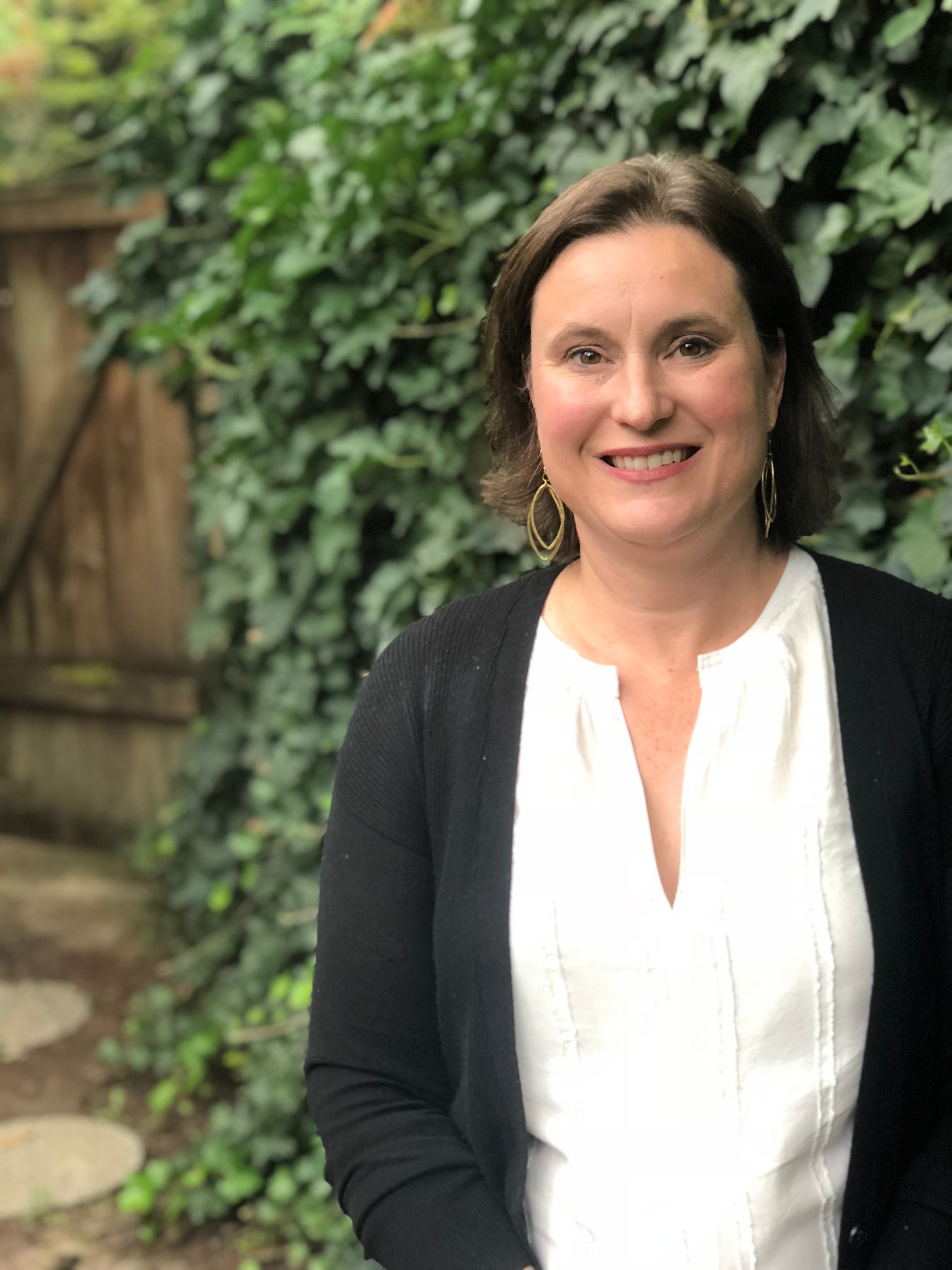 “World Vision is highly respected in [the] NGO space and international humanitarian work,” she says. “I have been exposed to a lot of nonprofits and the beautiful thing about World Vision is the faith aspect — of doing it in the name of Jesus,” she says. “But they’re also highly professional in how they develop the programs working with the communities. They’re highly culturally sensitive. ...

Anne felt an immediate connection with the other women who shared her love for World Vision, and signed up right away to be a part of Women of Vision. At the time, the Columbia–Willamette chapter was only two years old, and the group was small. But over the years, membership grew, the chapter thrived, and Anne found fulfillment.

“It really filled up a part of my soul that really needed to be filled,” she says.

Anne describes her 20-year involvement with Women of Vision as a privilege. Not only has it given her the opportunity to stay involved in international aid, but it’s also enabled her to continue using her experience and skill set to make an impact. She’s done that by leading her chapter’s advocacy efforts, training others to feel comfortable speaking up for the rights of children and families living in poverty. Likewise, Anne has benefited from the expertise of other members.

“There are many women who have been role models for me, who have come before me in raising their children and used their gifts and talents in a positive, generous way,” she says.

Anne recently completed a three-year term serving as chair of the chapter — a role that rotates between the chapter’s leaders.

“We have a very strong chapter because we have long-time [members] who are very, very, very committed to this work,” she says.

It really filled up a part of my soul that really needed to be filled. 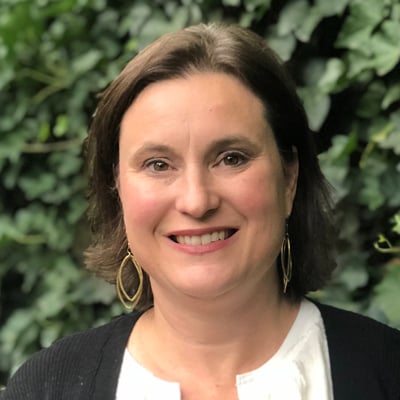 The work hasn’t always been easy. Anne admits there’s been a learning curve.

“Very few of us were event planners before we started working at Women of Vision. But over time, you get good at planning events,” she says. “I didn’t have tons of experience running a database. There’s different aspects of things that you learn just because you are trying to do it. And so in a way it’s like developing professional skills.”

For more than two decades, the Columbia–Willamette chapter of Women of Vision has banded together to raise awareness — and funds — for projects the members invest in together. One highlight for Anne was going on a Vision Trip to Bangladesh with several other members of her chapter to see the work on a child protection project they supported for five years. 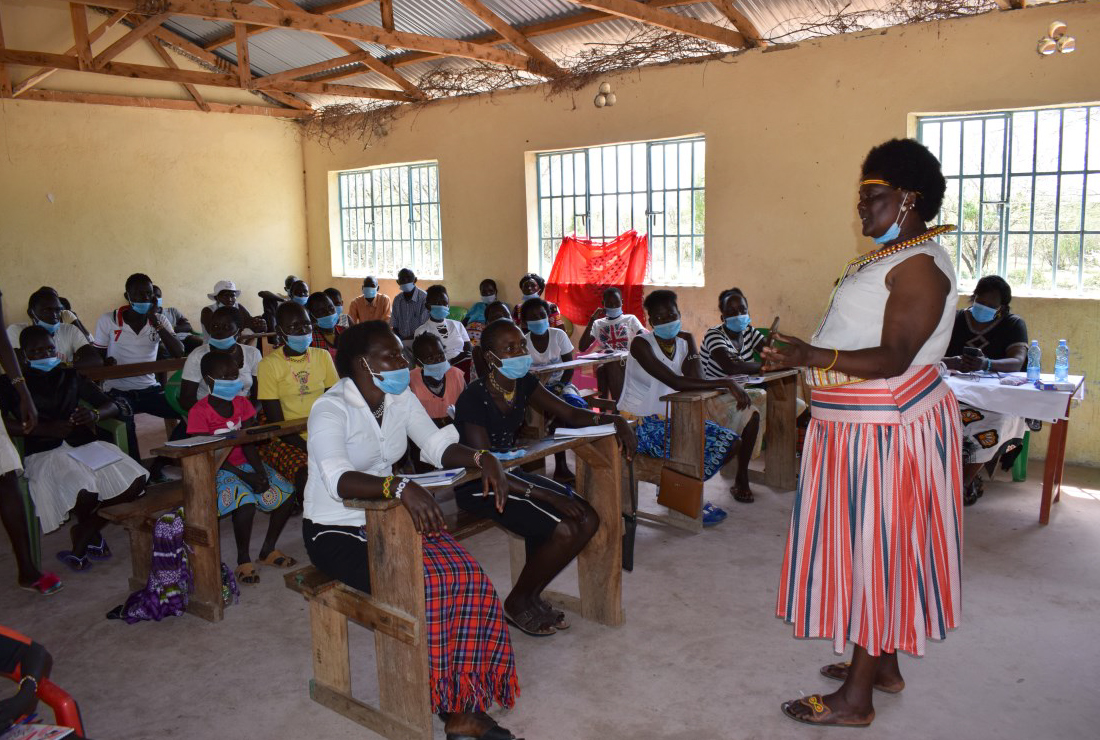 For Anne, this was the first time seeing, in person, the incredible impact of Women of Vision and being able to meet children and women they had supported whose lives had been transformed.

“It was amazing,” she says. “These kids ... [told] us about their experiences and how they had been working in the shrimp factories, or working in other kinds of dangerous jobs. And these moms that set up these businesses that World Vision helped them get going and the fact that they could earn this income now, and before they didn’t really have any skills. The way the World Vision staff love on these families — it was just a beautiful thing to see.”

The experience not only drove home Anne’s commitment to continue raising funds for projects to empower communities, but it also reminded her of God’s broad reach and love for His children everywhere.

“It’s a reminder of how beautiful the Scriptures can be and how amazing God is, working all around the world,” she says.

Anne’s Women of Vision chapter is now supporting three different World Vision projects: emergency response for Syrian refugees; Hope for Honduras, a project aimed at addressing the root causes of migration from Honduras like violence, poverty, and lack of clean water and sanitation; and Kenya Big Dream, an effort to empower communities by eliminating the harmful practices of child marriage and female genital mutilation (FGM). Anne likes the fact that all three projects are child-focused and is grateful she can be involved in equipping communities to create much-needed change. Helping end child marriage and FGM are particularly important to her.

“As a mom of daughters, I love Kenya Big Dream,” Anne says. “Teaching [girls] and increasing their status in society and [their] opportunities for education so that they can go on and serve their communities and be empowered — I think that’s just beautiful.”

While Women of Vision has enabled Anne to learn about the world’s needs and help people around the globe stand tall, free from poverty, it has also blessed her with deep friendships rooted in faith and a shared desire to serve.

“The connections with the other women is probably the primary thing I love about Women of Vision,” she says, “besides being able to support World Vision, which is kind of a given.” It’s a fellowship she has rarely found elsewhere.

“This is a group that gets together and has relationships and travels together and learns together,” Anne says. “We pray for each other’s lives. It’s a community based on a shared interest that spans age groups and spans church affiliation and lots of things. And I think that’s kind of unique.”

Anne encourages other women to get involved with Women of Vision, whether by joining a chapter or starting a new one.

“I think that if you feel a call to be in that struggle against extreme poverty, then Women of Vision is a great place to start because you have sisters on the journey along with you,” she says. “And if you want to put your time and effort behind a credible and highly effective organization, then you have to do it with World Vision.”

The connections with the other women is probably the primary thing I love about Women of Vision.