Christy Fellner brings over 15 years of international development (management and acquisition) experience to the PQI-CPE Director role.  She joined WVUS in 2016 as a Senior Business Development Officer and then as a Senior Regional Engagement Manager where she supported the Southern Africa and Asian Pacific regions. Prior to joining World Vision US, Christy worked with World Vision Australia for nearly 4 years (2012-2015) focused on East and West Africa as a Country Program Manager.  During her time with World Vision, Christy has been seconded to the field 3 times (Syria Response- 3 months, Southern Africa Regional GAM Director- 3 months, and most recently Mozambique cyclone response- 7 weeks).  Christy always appreciates her time in the field, be it for short positioning and/or monitoring trips or longer secondments, as these trips always re-ignite her love for humanitarian and development work.

Prior to WV, Christy lived in Zambia for 1.5 years where she worked as an HIV Education and WASH promoter and managed a Water Aid grant with DAPP.  Additionally, she lived in Swaziland for 3 years where she was the Projects Manager (Operations Director) for All Out Africa managing 20 international staff and multiple volunteers supporting the environmental and early education programs in Swaziland, Mozambique, South Africa and Botswana.  Prior to this, she worked for Habitat for Humanity at their international headquarters supporting the Latin America and Africa portfolios.  She started her development career as a Peace Corps Volunteer in Kazakhstan where she supported education and health programming.

Christy enjoys being outdoors biking, hiking, walking her dog when the weather is nice as well as snorkeling and diving when she can get away for a holiday. 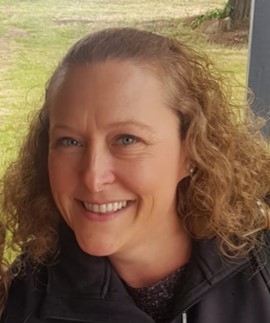